The FirmwareUpdater command line tool can be used to check if updates for the frame grabber's firmware are available and to perform the update if necessary.

To get a summary of all available options and parameters, call the FirmwareUpdater tool with the --help option:

General Information about the Firmware Version#

The firmware version is separated into three parts:

Applets are only compatible with a specific static version. Usually, with each Runtime SDK installation, the firmware update file matching the version required by the applets is provided. The PCIe core depends on the static version like the applet. It starts with 0 for each new static version. For example, updating from S1.1 P1 to S1.2 P0 does not mean downgrading the PCIe core version.

Unlike with the previous generation of Basler frame grabbers (the microEnable 5 ironman and marathon series), applets aren't flashed on the board. Applets can be loaded as long as they match the installed firmware version.

To check for available updates, just run the FirmwareUpdater tool without any options and parameters:

In the following example, there are two boards in the system, and one requires an update: 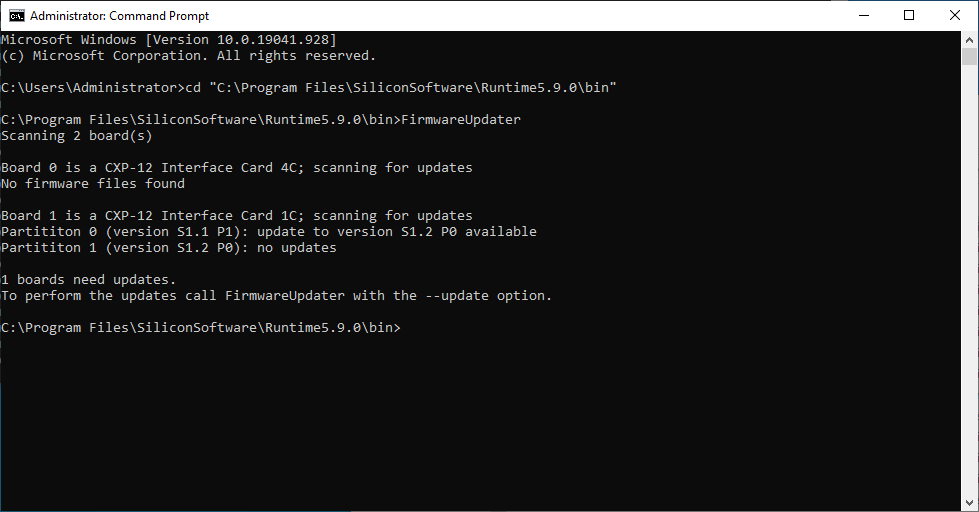 The FirmwareUpdater tool will print a short message if any boards require firmware updates.

To update the frame grabber firmware, use the --update option:

Never close the window running FirmwareUpdater, don't press Ctrl-C or interrupt the update process in any other way, and don't shut down or power off your computer before all updates are finished.

During the update process, activity and progress is shown with a simple progress bar. FirmwareUpdater will perform all updates automatically: 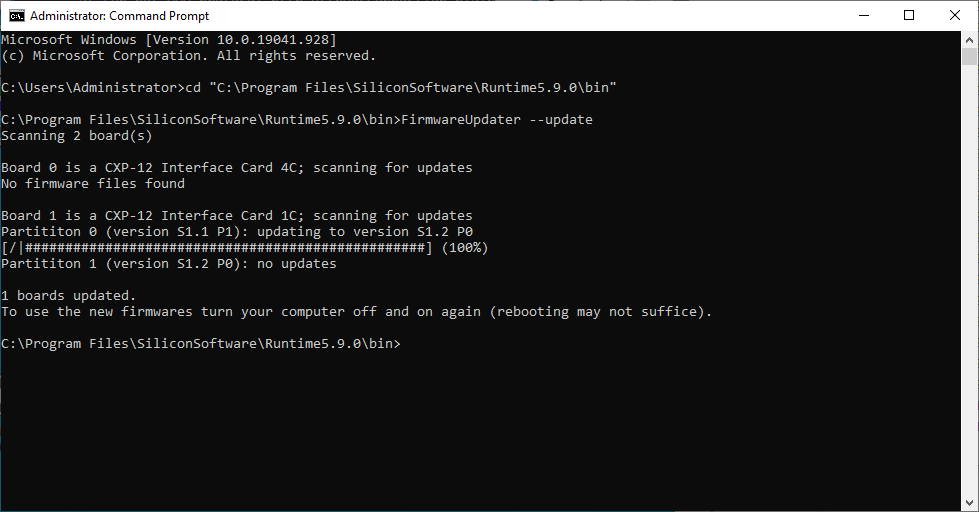 When the update process is finished, a short summary is shown and a message is printed, requesting you to power off the computer. Because the firmware is loaded during the power-up phase, activating the updated firmware requires a power-cycle of the computer.

Downgrading to an Older Firmware Version#

If a specific older firmware version is required for a frame grabber, the parameters --board <id>, --file <path> and the option --force are needed in combination:

The output of FirmwareUpdater is the same as during the update process: 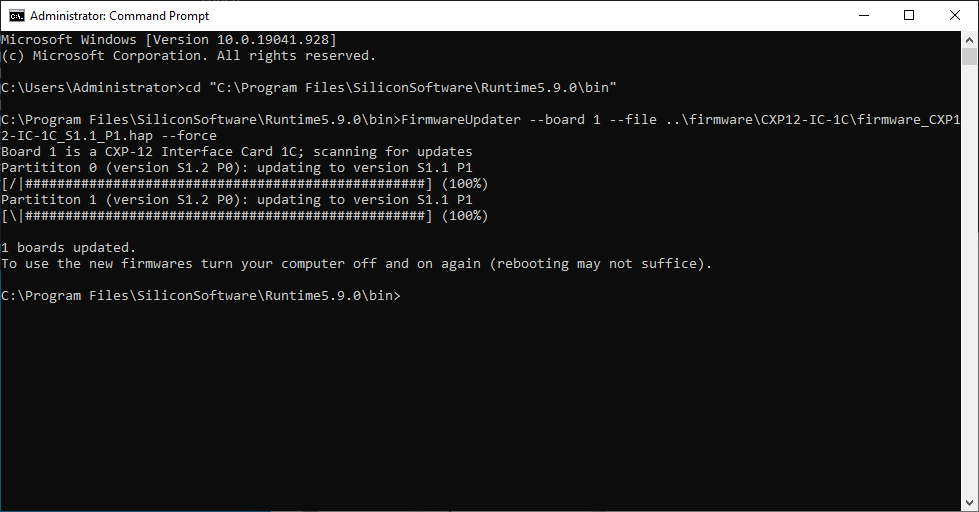